Introduction
Worbey & Farrell take you on a journey of music and laughter.  Prepare to be moved and laugh with joy at the sheer ingenuity and style of these two masters of music. You’ve never seen a piano played like this before!
Performances
2 x 45 minute Shows
Audience
UK and International (English speaking)
Location
United Kingdom
Home Airport
Edinburgh, UK 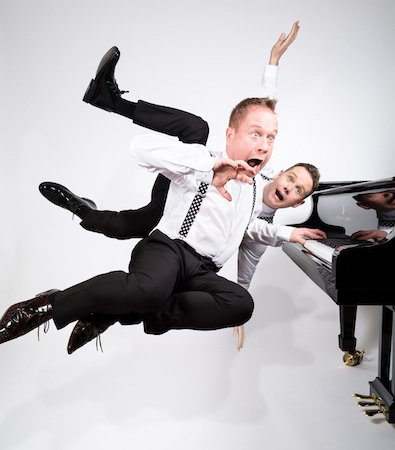 Worbey & Farrell are internationally acclaimed concert pianists with a wicked sense of humour. They are accredited Steinway artists, have played with the world’s leading symphony orchestras, achieved millions of hits on YouTube, and entertained all over the globe with their barnstorming blend of sparky comedy and utterly sensational piano playing.

Favourites include their own arrangements of Gershwin’s iconic Rhapsody in Blue, Carnival of the Animals, Tchaikovsky’s 1812 Overture and Addinsell’s Warsaw Concerto amongst many other favourites. Their work is diverse: From a two-month sell-out run of the Canadian smash-hit
play, Two Pianos Four Hands, in Vienna, Austria, to performing in shows with the late Mickey Rooney across the pond. They are regulars on BBC Radio and their work regularly takes them to South Africa, Australia, South Korea, Portugal, Austria, Canada and Japan. They have published many of their arrangements and have two popular albums entitled Evocations and Leyenda.

This exuberant show is suitable for every age and all musical tastes. Prepare to be moved, excited and amazed at the sight of their hands on the keys projected onto a giant screen. But above all prepare to laugh with joy at the sheer ingenuity and style of these two masters of musical mayhem. You’ve never seen a piano played like this before! 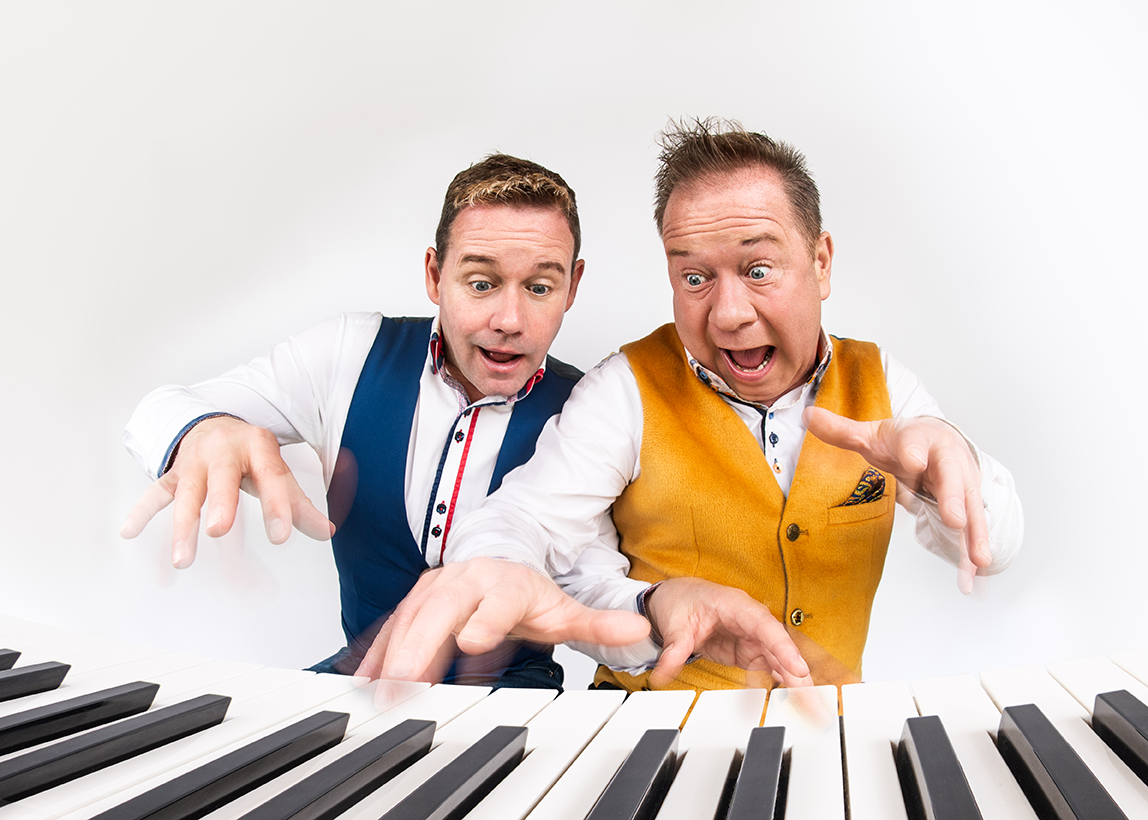 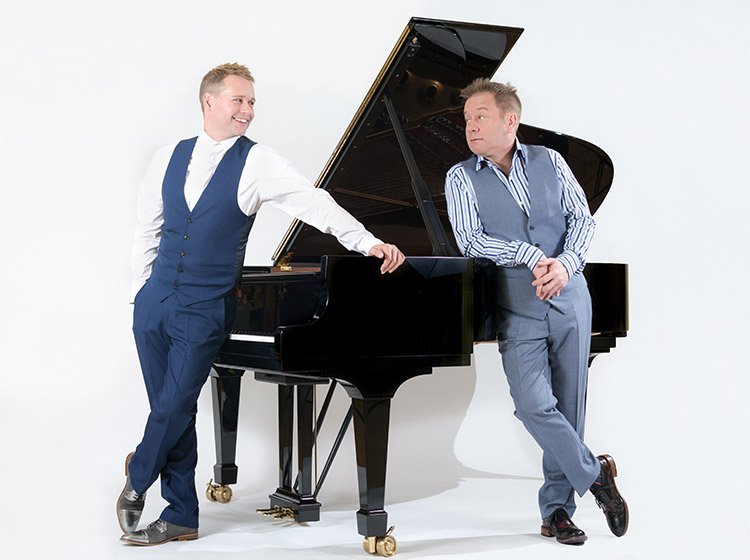