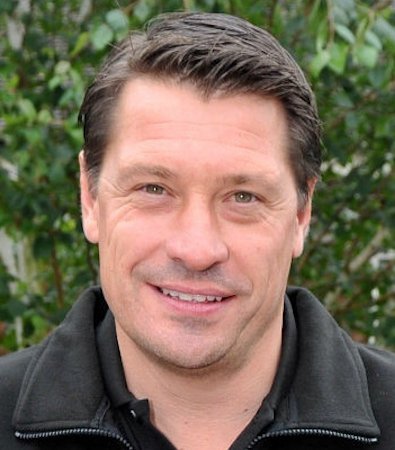 Tony really needs no introduction as he is probably one of the most accomplished and prolific football strikers this country has ever seen. Tony has played for England, West Ham, Everton, Leicester, Norwich City, Barnet and Millwall. Tony also played in Malaysia for a year where he was top goal scorer. In September 2000.

Tony transferred from Premier League Leicester to first division Norwich City and some four weeks later, was head hunted by London Club Barnet where he was player manager, but resigned on March 16th 2001 due to indifferences with the management. Tony and his wife Lorraine have a daughter Chloe and twin boys Billy and Matty who Tony says “will make the perfect strike force for West Ham when they are old enough”

Since his retirement from the Game, Tony has carved out a career as a well respected Soccer commentator and Pundit, as part of the Sky Sports team, as well as a respected and much sought after dinner speaker.

Tony is not only one of the nicest people your ever likely to come across in the game of football, he is very media friendly and would most certainly grace any football panel on either TV or Radio.