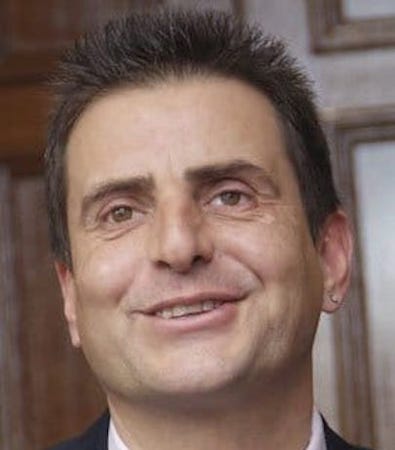 The Fastest Blind Man on the Planet. He powered to 2 world speed records on land and sea, then took to the air and found international media fame as the world’s first blind pilot. Steve does have one handicap in life: golf …he plays off 14. He is also a former player for the England Blind Football and Cricket Teams.

After going blind aged 12, Steve was faced with a decision – succumb to the devastating news or adapt and overcome. Steve’s determination led him to become the fastest blind man on the globe, when he broke the 100m World Junior Blind sprint title. Regularly booked for events, this influential motivational speaker proves that no disability can define you, inspiring audiences to overcome their own personal challenges. His wit and charm sets Steve apart as a speaker, while his unique perspective positively resonates with guests.

One sunny day, when Steve was merely 12 years old, his entire world fizzled into darkness. He was blind and, faced with a life turned upside down, Steve’s existence became lonely and dark. He had dreamt of captaining Aston Villa and the England National Football Team, the dreams of a young boy who loved football. Steve felt these dreams slipping away from him. Since then, having nurtured a steely resolve, he joined the England Blind Cricket team, proving that life goals come in all unexpected shapes and sizes. Bringing his new perspective on life to corporate events across the globe, Steve motivates audiences with his story of success in the face of adversity, teaching audiences the importance in believing in your own power.

Despite leaving his dream of football stardom behind, Steve went on to captain the England Blind Football Team and even train with Aston Villa. Making it all the way to the World Cup with his squad of visually impaired players, the achievement taught Steve that the only thing standing in his way, was himself. He went on to play golf, set a new blind land speed world record, set powerboat records, and even become the world’s first blind pilot. Steve has proven, with every achievement, that the power of mind over matter is infinite.

Steve inspires audiences to break barriers, proving that the path to true success is in your mind, and not your ability or environment. His speeches are infused with experience-driven strategies for personal development, leaving audiences with a new perspective of their own capabilities. Delivered with a direct, entertaining, and hilarious approach, Steve can offer the most engaging and impactful after dinner speeches. He has previously been booked by the England Cricket team and Bolton Wanderers, called upon to inspire optimum performance in teams, and promote the importance of self-motivation.

“ Through my career I have met some great characters and strong personalities, such as my old friend and skipper, Bobby Moore, Pelé and the ‘Kaiser’, Franz Beckenbauer. I can honestly say, hand on heart, that nobody has inspired me in the same way as Steve Cunningham. His story is an inspiration, and his personal drive and ambition quite outstanding. A great motivational speaker, Steve Cunningham is a hero in every sense of the word.“  Sir Geoff Hurst MBE