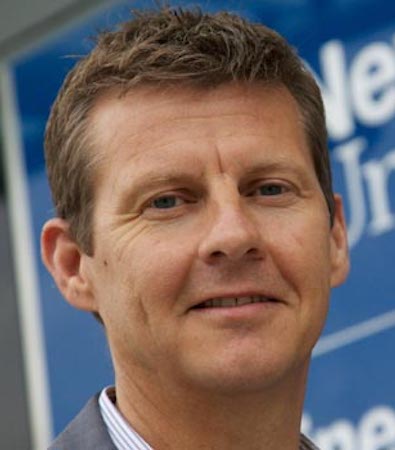 Former World and European Champion Steve Cram is a stalwart of the BBCs Sports Coverage, as well as being an articulate Olympic Speaker and after dinner speaker. A dominate force within middle distance running throughout the 1980s, an era which also experienced the success of Lord Sebastian Coe and Steve Ovett, Steve Cram forged his own reputation as a formidable athlete, claiming silver in the 1500 meter event at the 1984 Los Angeles Olympic Games.

Despite retiring from athletics in 1994, Cram still holds the record for the best times over a mile and over 2000 meters by a British athlete. Steve Cram is now most recognised for his work on BBC television as a sports commentator and pundit; regularly fronting a multitude of events such as the London Marathon, and being a force within their London 2012 coverage; Cram has molded a career within media and broadcasting to rival most.

Steve has also ventured into a career in coaching and has taught the likes of Laura Weightman, Thomas Lancashire and Ross Murray. He joined British Athletics before the 2016 Summer Olympics as an advisor and mentor. His efforts didn’t go unrecognised as he was appointed MBE and CBE in 1986 and 2015 respectively.

Equally talented as a sports speaker, Cram is a desirable addition to any event or conference due to his experiences and knowledge behind sport as well as his understanding of a multitude of issues. Overcoming adversity, peak performance and leadership are all qualities which Steve Cram has experienced throughout his life to great success, therefore enhancing his abilities as an Olympic speaker and after dinner speaker. Olympic speaker Steve Cram is the ideal addition to any event or occasions as a motivational speaker.