Introduction
Sharron Davies MBE is the ultimate Olympian. She has attended 9 Olympic Games – three as an athlete and six as a broadcaster, and has unparalleled experience over the past 35 years as a competitor and broadcaster.
Performances
1 x 45 minute lecture
1 x 45 minute Q&A / Interview
Audience
UK
Location
United Kingdom
Home Airport
TBC, UK 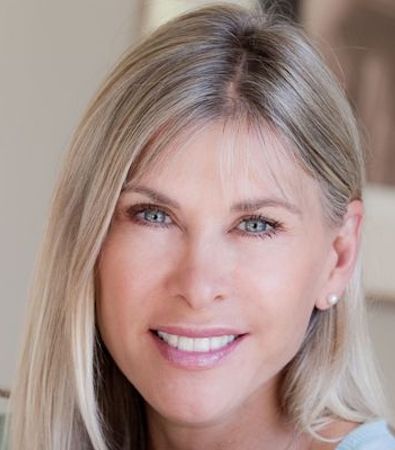 Motivational Speaker and former Olympian Sharron Davie is a stalwart of BBC Sports coverage. Having been involved in over 10 as either a competitor or commentator, she is the first person pool side ready to address issues which have unfolded during competition. An articulate Olympic speaker, Davies has enjoyed an illustrious career, competing at a whole host of events including multiple Olympic Games and Commonwealth Games.

Sharron began swimming at a very young age, learning at six years old and properly training at age eight. She began her history of victories at age 11, setting a record for the British national team. Later at the age of only 13 Sharron was chosen to represent Great Britain, competing at the 1976 Montreal Olympic Games. Unfortunately, Sharron didn’t win any medals at the Olympics, but it did gain her the attention of the public eye. Two years later aged 15 she had perfected her skill, taking home two gold medals at the Commonwealth Games.

Sharron Davies went on to enjoy an exceptionally prolific career ultimately breaking over 200 British records and being British Champion on over 20 occasions when she retired in 1994. Moving onto a multitude of media and television commitments, Davies is now a common appearance across the BBC’s Sporting coverage, improving her suitability as an after dinner speaker. Undertaking the challenge of ITV‘s Dancing On Ice show in 2011, Davies has improved her compatibility as an after dinner speaker and Olympic Speaker.

An integral part of London winning their bid to host the Olympic Games, Sharron Davies is a double Commonwealth Games champion have succeeded in the 200m medley and 400m medley at the 1978 Edmonton Games. Accomplished, articulate and driven throughout her sporting career, she has carried these traits into her life after sport, delivering as an after dinner speaker and sports speaker, alongside her media commitments.