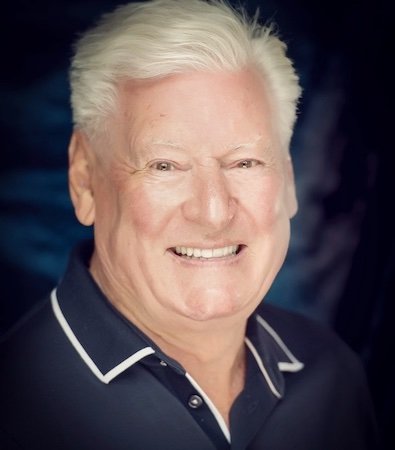 Roy Walker, the original host of Catchphrase, is one of Britain’s most popular mainstream stand-up comedians. His lugubrious style and dead-pan expression has endeared him to live audiences all over the country.

Roy was born in Belfast and sang as a boy soprano. He was invited to join the celebrated Francis Longford Choir, and toured with them extensively whilst at the same time showing exceptional talent as a sportsman. Remarkably, he became Northern Ireland Champion at hammer-throwing.

A few years later Roy changed tack, and recorded the highest marks ever given to a comedian on television’s New Faces. It was the start of a television career that has blossomed ever since, and has seen him starring on all the major TV variety shows including Live From Her Majesty’s, Blankety Blank, Des O’Connor Tonight, Bob Monkhouse Show, Paul Daniels Show, The Laughter Show, Live From The Palladium, A Night Of A Hundred Stars, Laugh Attack, and The Russ Abbot Show, besides headlining such series as The Comedians and his own show, Licensed For Singing & Dancing.

A new generation has learned to appreciate Roy’s sardonic take on the world and alongside a host of guest spots on various chat and entertainment shows including Britain’s Got More Talent and Ant & Dec’s Saturday Night Takeaway, he has appeared in Peter Kay’s Phoenix Nights and on Radio 4’s clash of comedy generations panel show, Act Your Age.