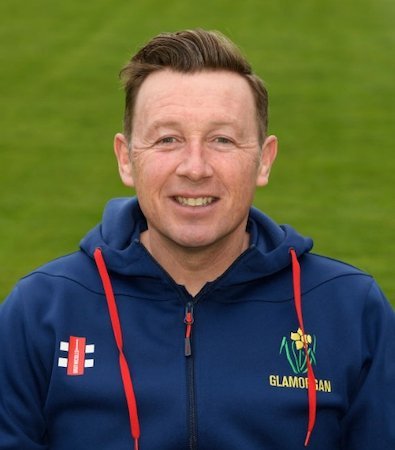 Representing both England and Wales during his career, Robert Croft is a hugely successful cricketer. Having played in some of the nation’s most famous games in recent years, he understands exactly what it takes to perform at an elite level of the sport. Croft made his England debut in 1996 against Pakistan and made such an impression that he secured a place on the nation’s tour of Zimbabwe and New Zealand, taking his best figures of 5-95 in Christchurch. After the 2004 tour of Sri Lanka, Croft announced his retirement from International Cricket to focus on his domestic club, Glamorgan. His focused paid dividends and as he was made the captain of Glamorgan from 2003 until 2006 where he lead the team to great victory.

By 2007, Robert had made a new record for a Welsh cricketer by being the first to pass 1,000 first class wickets as well as scoring over 10,000 runs. With other achievements including the first Glamorgan spinner to take a hat-trick in 46 years, Robert received an MBE for his services to his sport in 2013. Furthermore, during his time at Glamorgan, he was awarded the Player of the Year title for four seasons and Young Player of the Year whilst playing as a youth in 1990 and 1992.

Although he retired as a player for Glenmorgan in 2012, he was appointed as the assistant coach and then the head coach in 2016. Officially leaving as the head coach in 2018, he took time to reflect on his career and enjoy a well earnt break. He now works for a company in Brighton but remains an ambassador for Welsh Cricket. A fantastic personality for events, Robert enjoys engaging with guests, answering their questions and signing autographs before addressing the audience with one of his intriguing talks as an after dinner speaker. Delivering anecdotal tales of his time on the international stage, Robert is a compelling cricket speaker who gives an insight into professional sport for every audience member.