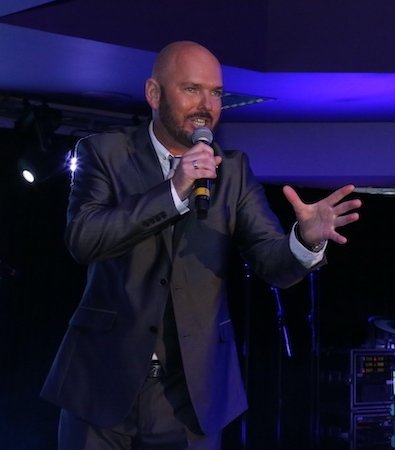 Richard Barry is ultra-talented. A stylish Classical cross-over vocal artiste with a brilliant voice. A superb singer and actor, he has performed in numerous West End shows, appeared with Elaine Paige (and has featured on recordings with her) also with Jonathan Pryce in the show ‘Nine’ and Brian Blessed who described him as having, “the voice of an angel”. Richard has appeared in West Side Story and Chorus Line, amongst others. He has been the front man in many musical spectaculars. Richard Barry is a global entertainer. His career includes TV appearances in the UK, Italy and South Korea, sharing the stage with some of the most famous stars in their country. He has appeared in Top Class Casino’s in Europe and the Far East.

Richard’s career has gone from musicals in the West End to sailing the seven seas on cruise ships. His style ranges from classical (featuring Italian classics), musicals, swing, big band and pop. His powerful voice combined with his Liverpool charm and personality make for a great evening of entertainment