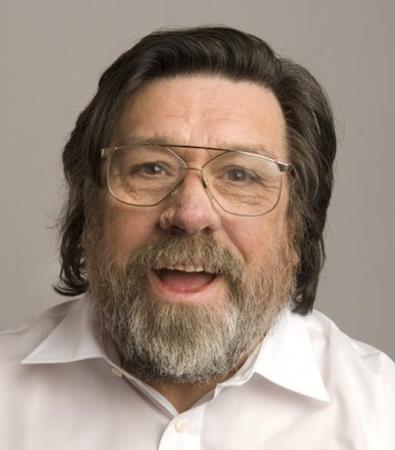 Known to millions as Jim Royle, Ricky is one of the UK’s best-loved actors.  He’s starred in Brookside, Cracker and several films including Mike Bassett: England Manager, but his portrayal of the iconic Jim Royle has made him one of our most recognisable faces.  The Royle Family is acknowledged as one of the best ever-British comedy series.

Tomlinson has fronted a series of television adverts for the utility company British Gas, a series of advertisements for the frozen food chain Farmfoods, and a comedy advert for the Range Christmas kitchen campaign.

In 2003 he published an autobiography, entitled Ricky, which spent five weeks at the top of the UK best selling new books chart.

Tomlinson is also a keen banjo and harpsichord player, and has played the instruments in many episodes of The Royle Family. In 2001 he teamed up with fellow Brookside actor, Michael Starke and other friends for his own rendition of well-known folk songs including “It’s A Long Way To Tipperary” and a cover of The Pogues’ “Are You Lookin’ At Me?” A CD album entitled Music My Arse was released the same year. He released a single at Christmas 2006 entitled Christmas My Arse, which reached #25 in the UK Singles Chart.

He has appeared as the guest celebrity in Dictionary Corner on the popular and long-running UK Channel 4 game show Countdown and toured at various theatres across the UK with his show An Evening with Ricky Tomlinson where he was interviewed about his life by Elton Welsby. More recently, Tomlinson has appeared in Ricky & Ralph’s Very Northern Road Trip, a heart-warming and hilarious staycation travelling the length and breadth of Northern England.

Ricky continues to tour the UK packing out theatres talking about his life and love of comedy and acting.