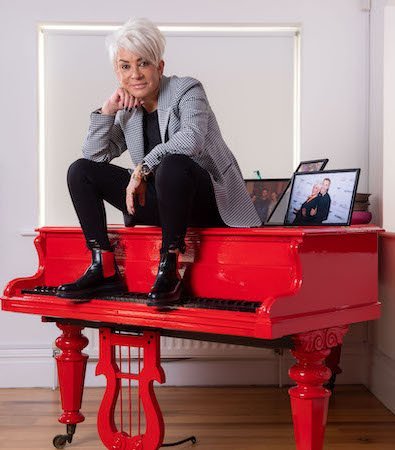 She will inspire intrigue and inevitably entertain an audience with her stories about her amazing career as a successful business woman, the people she has met and most importantly how she retains her sanity being among some of the most influential people of this century.

She has an international reputation of creating the most unique spectacular events, parties including weddings to some of the biggest stars of sport and entertainment in the UK.

Liz is a Funny engaging raconteur and the most inspirational public speaker who thrives on audience participation who is more than happy to answer any question put to her.

Liz Taylor has been invited on numerous occasions to lecture worldwide from Dubai to USA on Event management, luxury brands  and Leadership but nearer home and close to her heart  Liz likes to lecture for young entrepreneurs at MMU on topics including how to beat a recession, business disasters, and her thoughts on Brexit and what that will mean to future generations, including how to become a success in the events industry, along with some hilarious antidotes on those Bridezillas and Best man mistakes.

Much sought after for radio and TV interviews for BBC Radio One, Local BBC Radio stations across the UK, BBC Breakfast, Channel 4 news, ITV Tonight, Channel 4 News and Channel 5 news. She is a wedding contributor for ITV This Morning and has been a media commentator in commercial campaigns with the likes of Gift4All and Avent (Philips).

Liz Taylor built a formidable reputation synonymous with being “the very best” in a very competitive market. Named after the great film Star Elizabeth Taylor, both ladies epitomising Glitz Glamour and that extra something that only certain people are born with; Charisma!