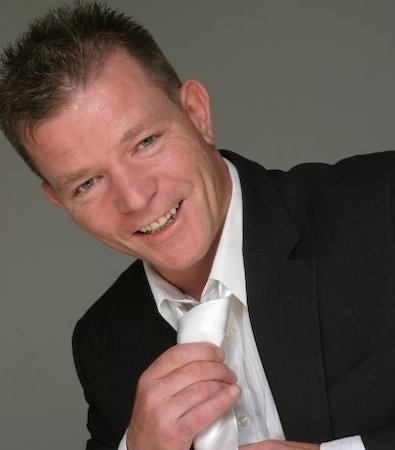 Lester Crabtree is an outstanding comedian from the UK with his own unique, cheeky yet uncompromising style. He has undoubtedly emerged as one of the most sought after comedians in the UK today.

A firm favourite in the UK and overseas, he has the versatility to perform to numerous audience types enabling him to perform at a vast array of various events including corporate functions, cabaret, cruise ships, sporting dinners, golf days, military events, comedy clubs, theatre, television and radio where he adapts his material with ease.

A self styled comedian who has perfected his own style of comedy where his razor sharp wit is clever enough not to offend his audience.