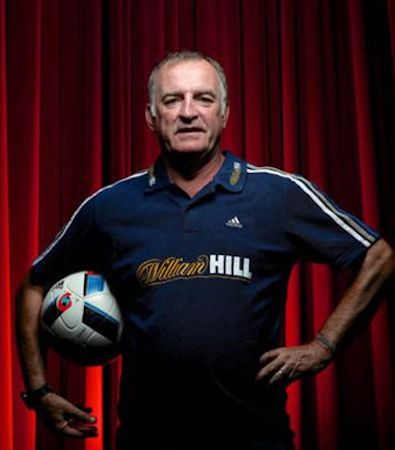 Kevin is a former Welsh footballer who spent most of his career playing for Everton. He was considered one of the fastest central defenders ever to play football.

On arrival at Everton he challenged the whole first team squad to a sprint race and won.

It was also rumoured shortly after the Barcelona Olympics in 1992 that he got into an altercation with the 100m gold medallist from the games – none other than Linford Christie – in a bar in south London. Kevin challenged Linford Christie to a sprint outside in the street, which he claims to have won.

He joined Everton as an apprentice in 1977 and made his début in 1980, but was not a first team regular until 1982. In 1983 at the age of 23 he was made captain of Everton, just as they began their highly successful spell.

His greatest achievements were when Everton in 1984 won the FA Cup, in 1985 and 1987 won the Football League Championship and also in 1985 the European Cup Winners’ Cup. There were also two other FA Cup finals.

Kevin made 461 appearances for Everton and scored two goals in that time.

After leaving Everton in 1991, he went to Cardiff City and then played for a short spells with Dundee, Nottingham Forest and Derby County.