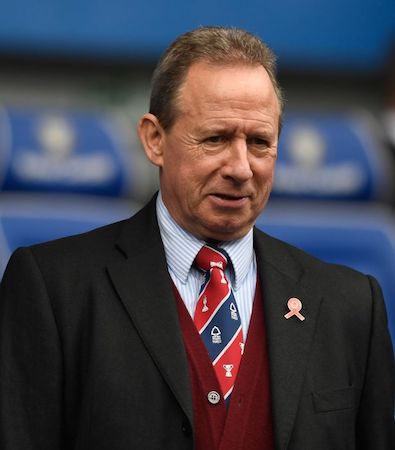 John McGovern was the unsung hero from the famous Notts Forest team from the late 70s and early 80s under the Brian Clough regime. McGovern won the Championship title and European Cup (twice with Forest).   He’s celebrated for doing the simple things and his willingness to support a team-mate.

It’s true to say that John McGovern was one of Brian Clough’s favourite players, taking him everywhere he went in his managerial career.
Clough signed the Scottish midfielder at Hartlepool, Derby County, Leeds United and Forest, and he was made captain at each club.

He was not only Forest’s captain but also the linchpin in the team. He would tidy things up in midfield and lay the ball off to the ‘magicians’ in the side, such as John Robertson.

John McGovern, is now active as an after dinner speaker, and some of his stories include:
Lifting the European Cup.
Leading the Reds out in the Olympic stadium.
Brian Clough’s reaction to the win.
Trevor Francis’ goal.
How much the cup weighed.
The reception back in Nottingham