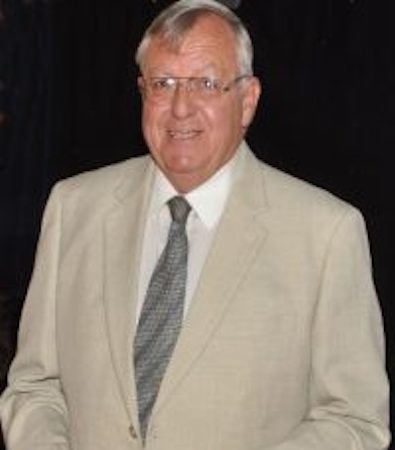 Born in Willesden in 1951, John was an active ATC member, gained a Duke of Edinburgh Gold Award, trained as a solo glider pilot, before becoming an RAF Volunteer Reserve Trainer. Having achieved many qualifications in Construction Management, John set up his own company, completing many prestigious contracts for the MOD including King Kahled of Saudi Arabia, King Hussain I of Jordan and various Banking Institutions.

During this time, John became a volunteer at Bletchley Park, the World War 2 Home of the Code-Breakers, shortly after the Trust was set up to ensure the preservation of the Park as a national monument. John became instrumental in setting up The Bletchley Park Post Office, which became one of the world’s most famous Post Offices. John has been a senior Tour Guide at Bletchley Park since 1998, entertaining thousands of visitors with anecdotes and revealing stories. In 2012, John also became a guide at Stowe House, a volunteer for Stowe Preservation Trust.

John now speaks on many subjects relating to Bletchley Park, including the wartime Code-Breaking activities, Alan Turing, The Women at Bletchley Park, Ian Fleming, and the life of Winston Churchill.

As a member of the Guild of Battlefield Tour Guides, John has been assisting the War Research Society in the Centenary Commemorations in France and Belgium 2016-2018. John regularly gives talks at worldwide locations, including London Theatres, the Cornish Regimental Museum, Soroptimists International, St John’s College, and Rotary Groups. He has been a guest speaker to large audiences on cruise ships such as Cunard’s Caronia, QE2, Queen Elizabeth; Fred Olsen’s Balmoral, Braemar, Black Watch; P&O’s Arcadia, Aurora, Oceana, Oriana, Ventura; Viking Sea and has had TV appearances on QM2, QE and Viking.