Introduction
Jan Meek is a record breaking ocean rower and polar explorer. Her other roles include chair a Chamber of Commerce division and owning and running a number of hotels and restaurants.  She continues leading her adventures and is a dynamic story teller and motivational speaker.
Performances
1 x 45 minute lecture
1 x 45 minute Q&A / Interview
Audience
UK
Location
United Kingdom
Home Airport
TBC, UK 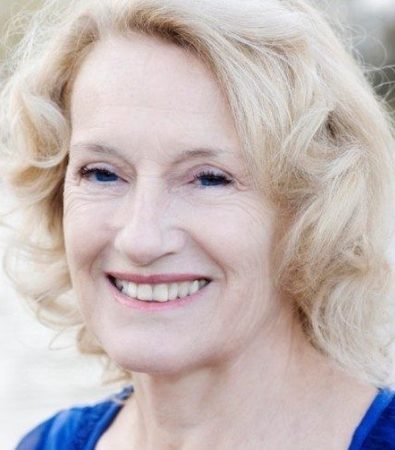 Jan Meek is a remarkable woman whose life would make an amazing book or film, if only she had time to write it!

Jan Meek started her career in the film industry, spending 10 years on the sets of Hollywood films and TV series, rubbing shoulders with the likes of Roger Moore and Sammi Davis Jnr among others. After raising a family and working in the Middle East, she owned and ran a number of restaurants and hotels in Oxfordshire and even becmae the first female chair of the local Chamber of Commerce.

Following the untimely death of her husband in the 90s, she went trekking around China on her own visiting places far from the tourist trail. The trip, at a time when lone female travellers were unheard of in China, whetted her appetite for adventure and became a foretaste of things to come¦

In 1997 her son Daniel asked her to join him for the first ever ocean rowing race. At the thime, only 22 people had ever rowed an ocean with six having died trying, yet Jan didn’t let these statistics, or the fact that she had never set foot in a rowing boat in her life, put her off. She seized the moment and the intrepid pair spent 101 days at sea in their tiny wooden rowing boat, crossing over 3000 nautical miles and setting a World Record as the first mother and son team to row any ocean.

In 2007, again with her son Daniel, successfully completed the toughest race in the world – on foot, Jan, Daniel and Richard (a friend of Dan’s) covered 350 nautical miles from Resolute Bay to the Magnetic North Pole, hauling all their necessary equipment on sledges. On arriving at the North Pole, Jan and Daniel became the first mother and son to reach any Pole by foot – during the 24-day trek, they survived Polar Bears, temperatures as low as -68o C, the worst ice conditions for years, miles of slush and open water – and a near-catastrophic tent fire which almost brought their adventure to a disastrous end! In fact, Guinness World Records were so impressed by Jan and Daniel’s achievement, printing of the 2008 Guinness Book of Records was delayed so it could include the intrepid pair.

In 2008, less than a year after raching the Magnetic North Pole Jan joined David Hempleman-Adams on his celebratory expedition to the Geographic North Pole. A seasoned adventurer by now, Jan found that you can never take nature for granted. During this adventure she discovered just what ‘drifitng ice’ really meant: On reaching the Geographic North Pole, 90Âº North, truly the top of the world, she and her fellow team mates set up camp and celebrated only to wake up the following day to find they were no longer on top of the world – during the night they had drifted 10 miles! They trekked back, negotiating open leads of water and hauling their sledges once again over towering pressure ridges set up camp for the second time only to awaken the third day to find they had once again drifted ten miles from their goal. They set off and this time, third time lucky, managed to rendezvous with the Helicopter organised to take them back to Barneo the Russian Ice Station built every year on the Artic Ocean for just 8 weeks.

Jan firmly believes that we’re all in charge of our own destinies. “It’s the challenges that we turn away from in life that we most regret,” Jan says. “The most important factor in taking control of your life isn’t how strong or clever you are – it’s your attitude. Whatever your challenge is, in your work or your home life, if you believe in yourself, you can succeed. With the right mental attitude, anyone can cross their ocean, reach their Pole, or climb their own personal Everest.” 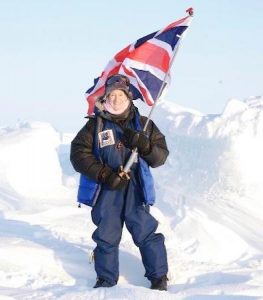