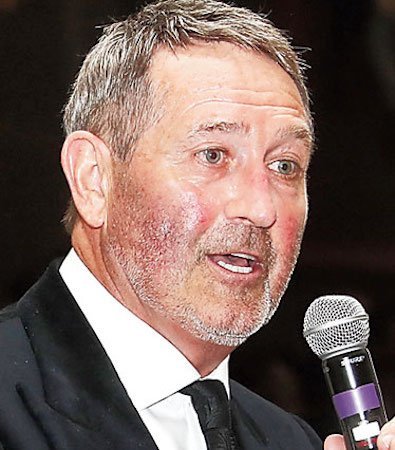 Cricketing legend, Graham Gooch OBE is best known for his international performance as a talented batsman. Over the course of his two-decade long career, he made a name for himself as a first-class cricketer and well-respected captain. As a sports speaker, Graham is available to discuss his first-hand experience of cricket, or provide a recognisable figure as an event host. Whilst covering such topics as leadership and teamwork, Graham is quoted as being positive, friendly and a hit with audiences of all ages. Receiving an award for bravery or fundraising is memorable enough, but when Graham is the one handing out the award it makes for an experience to never forget.

Most notably throughout his career, Graham was cited as being one of the most successful international batsmen of his generation. With over 67,057 runs, between 1973 and 2000, he quickly positioned himself as a fiercely determined player. The English batsman boasts nearly 500 caps, a bowling average of 46.25 and an impressive batting average of 49.01. If his statistics aren’t enough, there is no denying Graham’s ability after be became one of only twenty-five players to have scored over 100 first-class centuries.

One of Graham’s first taste of cricket was in 1973, when he started playing first-class cricket. Competing until 1997, he earned a reputation for his unique stance and formidable running style. As a testament to his early success, Graham was awarded an honorary award from the University of East London, in 2011. Due to this experience, he has developed countless strategies for handling pressure that are beneficial to audiences of all professions. Graham can also explore the methods behind maximising success, inspired by his highly prolific career.

After retiring from competitive playing, Graham then moved to coaching. Upon taking the role of head coach for Essex County Cricket Club in 2001, he excelled in the position until 2005. Despite this, he is still the squad’s specialist batting coach. When reflecting upon this period, Graham stated; “you spend your career trying to do your bit for England and when you’re asked to help again the call of your country is special”.