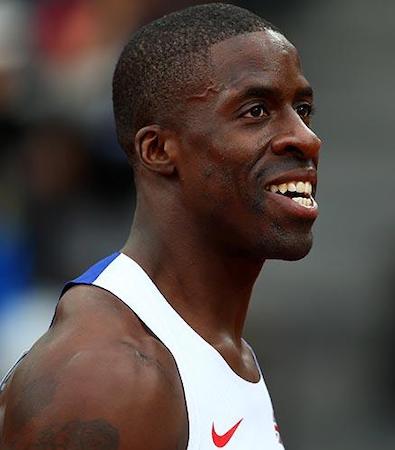 British Sprinter Dwain Chambers is the third fastest Briton of all time achieving a personal best of 9.97 seconds in Seville in 1999. Making his Olympic debut at the 2000 Sydney games, Chambers is one of the most instantly recognisable names within British athletics, making him an ideal candidate to fulfil a role as an Olympic speaker or after dinner speaker.

Multiple titles have come Chambers’ way, including a European Championship both indoor and out, and a World Championships gold at the 2010 Doha games. A terrifyingly powerful athlete, the raw strength and exertion shown by Dwain Chamber throughout his events and career are phenomenal. Such were his sprinting talents that he dabbled in other sports, including the NFL (and NFL Europa) and rugby league, ultimately unsuccessfully. Elaborating on a career which has seen a multitude of highs and lows across several sports, Dwain Chambers has an excellent ability to deliver as an after dinner speaker.

Successfully gaining selection for the London 2012 Olympic Games, Chambers failed to make an impact on home turf; however, he had reignited a career which seemed to have slowed within recent times. A career marred with breaks from competition and a multitude of financial difficulty, Chambers has constantly fought back to reach international competition, despite what laid in front of him, ideal traits for an Olympic speaker.

Dwain secured second place at the 2014 British Indoor Championships before winning the 100m final at the British Championships and earning himself a spot at the European Championships. This marks his fifth consecutive victory at the British Championships. His tenacity and love for sport has seen him form a bounce-back-ability which is unrivalled across other sports performers. An articulate sports speaker with a lot to offer in his role as an after dinner speaker and Olympic speaker, Dwain Chambers is phenomenally recommended for all events and occasions.