Introduction
What do you do if you’ve had both legs and an arm blown off by a Taliban IED? If you’re Andy Reid, you just get on with it…. Corporal Andy Reid lost both his legs and his right arm after stepping on an IED plate whilst serving with the 3rd Battalion The Yorkshire Regiment in Afghanistan in 2009.
Performances
3 x 40 minute lectures
1 x 45 minute Q&A / Interview
Audience
UK
Location
United Kingdom
Home Airport
TBC, UK 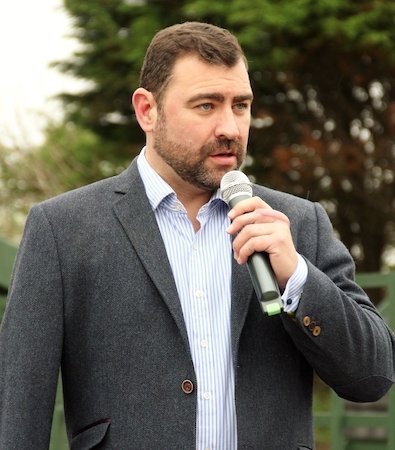 In October 2009 Corporal Andy Reid was blown up by a Taliban improvised explosive device while on patrol in Helmand Province, Afghanistan. Injured so badly that it was thought he would not survive, he defied the odds to the extent that, within a month, he was able to meet up with members of his patrol again. What he has achieved since then is little short of unbelievable.

His book ‘Standing Tall’ published in 2014,  tells two stories. One is of Corporal Reid, an infantry-section commander with Burma Company, 3rd Battalion the Yorkshire Regiment. The other tells of Andy Reid, triple-amputee skydiver, cyclist, charity fundraiser, husband and father. His story is one of astounding courage; not just the courage to face the enemy under fire, day after day, in often appalling conditions, but also what Napoleon called ‘three-o’clock-in-the-morning courage’, the ability to respond to disaster and to overcome the inner demons that accompany it.

Andy’s is an incredible story and he is a truly inspirational man.  His speeches help put things that people often call ‘problems’ firmly into context. He is a shining example of how to overcome adversity and maintain a positive mindset.  He is an Ambassador for the ABF Soldier Charity, as well as an inspiring motivational speaker.

“I have been fortunate enough to listen to Andy on a number of occasions and in front of a variety of audiences from business leaders to young students. At each event I have been inspired, moved and left humbled and motivated. This is not just a soldier telling you his story of bravery in the face of real peril (whilst that alone is certainly worth listening to) but a real message about teamwork, how to face adversity, how to cope with challenging change, the power of positive thought and action. I challenge you not to be greatly moved, hugely inspired and motivated , mightily impressed and truly humbled.

As an employer I am left in no doubt that this man has a real message for leaders, management and teams in all walks of life. Andy has taught me a great deal and I count myself truly fortunate and privileged to have met him.”  Brook-Dobson Brear Ltd 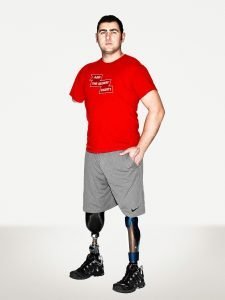