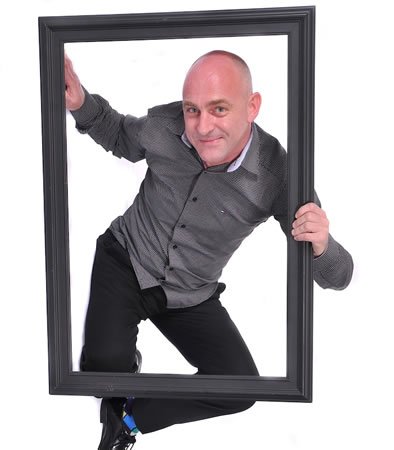 An act of total comedy, combining jokes, crazy stunts and madness with a touch of magic to produce an hilarious one man show. As fresh and funny as ever, Andy continues to enthral audiences with his crazy comedy appealing to both young and old alike.

Whether it is a family audience in a holiday centre, a luxury cruise ship, business executives at a conference or troops in war-torn countries, Andy is able to adapt his act to suit the occasion perfectly and have the audience shouting for more!