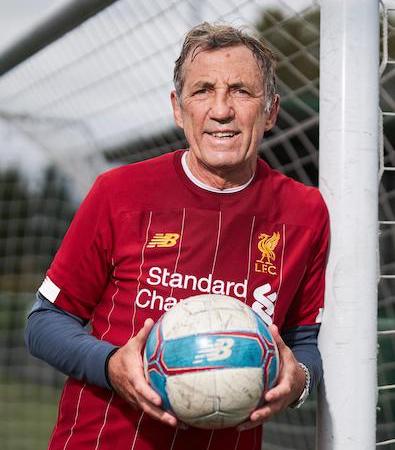 Born and raised in Sunderland, Alan Kennedy is an ex-professional footballer who made over 500 appearances across his career, as well as representing his country. Plying his trade for teams across Europe, most notably Newcastle United, Liverpool and Sunderland, he was well established within the left-side of defence and affectionately known as ‘Barney Rubble’.

The most successful stint with Kennedy’s career was his time with Liverpool FC, in which he was part of the successful 1981 and 1984 European Cup winning teams, scoring in both finals. Purchased for £330,000 in 1978, Kennedy made over 350 appearances at Anfield. After gaining two England caps, he then moved onto represent his home club Sunderland in 1985. Despite retiring from professional football aged 40, he currently keeps himself involved by participating for the Liverpool FC masters team.

A keen fundraiser and charity supporter, Alan’s developed knowledge of the game and understanding of what it takes to compete at the top and be the Champions of Europe is a trait that not many sportsmen or women can behold. Double success on the biggest stage that European football has to offer has propelled him into the spotlight as a fantastic sports speaker, event host and after dinner speaker.

This coupled with his kind, caring and relatable nature, allows him to be approachable and makes question and answer sessions with Alan at events an ideal opportunity to pick the brain of a former European Champion.

A sought after football speaker with bags of experience to offer, Alan Kennedy is perfect for any event and occasion and is able to provide all those in attendance with an experience that’ll live long in the memory.