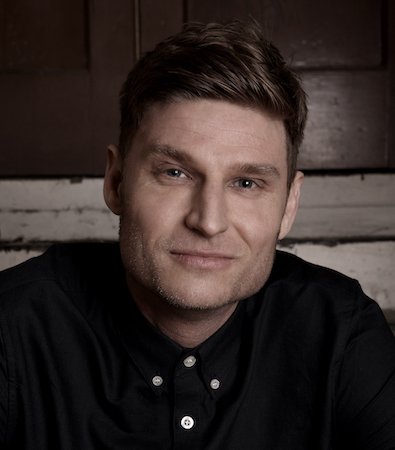 After starting comedy in late 2009, Scott has rapidly established himself as one of the fastest rising stars on the UK circuit. Likeable, with a warm and engaging delivery, he is a Yorkshire live wire with an undeniable no nonsense logic. In demand by many of the big clubs, Scott delivers wry observations on the absurdity of modern living. His sharply written routines have been delighting audiences across the country. In 2013 and 2015 he was selected to perform in the prestigious Big Value showcase show for Just the Tonic at the Edinburgh fringe, the show has previously been a springboard to success for many household names including Jason Manford and Sarah Millican.

His last show “Leap Year” was nominated for “Best Show” at the Leicester Comedy Awards 2019 and has been named by Chortle as One To Watch for 2018 and 19.

His debut hour stand up show “About a Roy: Stories about me dad” was nominated for the highly acclaimed Amused Moose Comedy Award and was selected as one of the top ten shows at the Edinburgh Fringe Festival in 2015. As well as receiving rave reviews, Scott was selected to perform an extract from the show as part of the famous Mervyn Stutter’s “Pick of the Fringe Showcase”. The show also received a Best New Show nomination at the Buxton Fringe Festival.

A versatile and confident performer Scott regularly appears at many of established clubs including; The Comedy Store, Glee, Jongleurs, Highlight, Just the Tonic, Ten Feet Tall, Funhouse Comedy, Buzz Comedy, Frog and Bucket, Baby Blue, Hilarity Bites and many other independents. He is a resident MC with Funhouse Comedy and is also making a name for himself on the corporate and after dinner speaking circuit.

Recently Scott was also thrilled to be selected to do a support slot for Michael McIntyre as part of his work in progress shows at the Duchess Theatre in London alongside Keri Godliman, Russell Kane and Ed Gamble.

Scott is also a regular writer and performer on the new “Panelbeaters” show created by Gary Delaney and Ciamh Mcdonnell. The show, presented by Jason Manford, recently completed some sell out dates at the Lowry theatre in Manchester. He is also a writer for many other TV and touring acts, including Jason Manford and will be a key member of the writing team for the new series of “The Chris Ramsey Show” for Comedy Central which is aired in March 2018. He has also written for the BBC News Quiz on BBC Radio 4.

In 2017 and 18 Scott supported his comedy hero, Rob Brydon on 18 of his National UK tour dates for his latest show “I am Standing Up”