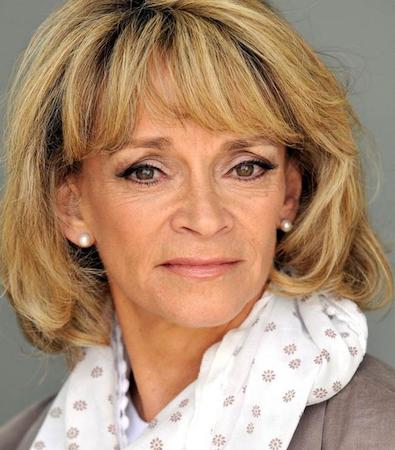 Sue played the role of Marlene Boyce in the British sitcom Only Fools and Horses and its spin-off The Green Green Grass.

Sue began her career with Manchester’s 69 Theatre Company in A Midsummer Night’s Dream, Peer Gynt and as Desdemona in Catch My Soul. She has worked consistently in theatre, radio, film and television. West End plays include The Female Odd Couple, Why Not Stay for Breakfast, The Male of the Species and the highly acclaimed one-woman play Our Kid.

She has toured the country and worked in several repertory companies, and also regularly appears in pantomime. Sue has also had roles in several films including That’ll Be The Day, It Could Happen To You, and Lime Street with Robert Wagner.

Television roles include Marianne in The Sandbaggers, Liz in It Takes A Worried Man, Jo in The Brief, Cleopatra IV in The Cleopatras, episodes of Minder, Bless This House, The New Avengers, Growing Pains, Doctors, Murder in Suburbia. She played Rowan Atkinson’s girlfriend in Canned Laughter and did numerous impersonations in two series of End of Part One.