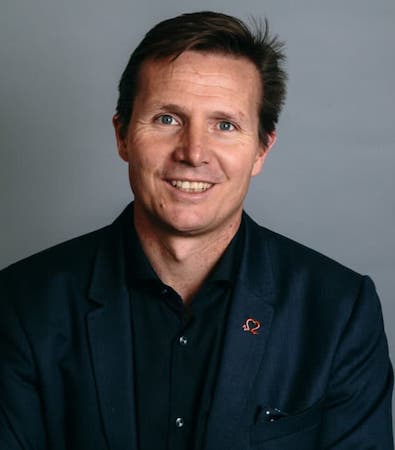 Three-time Olympic medalist, Roger Black is best known for representing Team GB at various 400m sprint and 4 x 400m relay events. Now a turned television presenter, Black remains an instantly recognisable and highly popular public figure. With his successful career as an athlete allowing him to cover topics including maximising success and achieving peak performance and his time as a TV personality giving him the ability to facilitate events, Roger Black is a truly versatile speaker who can make an impact at a wide variety of events. With running being a skill that came naturally to him, his talent and speed were first noticed when he playing as the centre forward at a school football match.

Throughout his career, Roger has secured a total of nine gold medals from events including the Commonwealth Games, European and World Championships. At his first European Championships, he managed to break Derek Redmonds British Record time of 44.82 before going on to set a new British record of 44.37 in 1996 which still stands as the second-fastest time recorded by a British runner today.

The 1996 Atlanta Olympic Games marks the pinnacle of Rogers career as he managed to secure second place behind the legendary Michael Johnson in the 400m final. Black has been appointed MBE for his services to athletics and has also been given an honorary degree by the Southampton University. He ventured into the television career in 1998 when he became a presenter on children’s news bulletin, Newsround.

During his performance on this show, he fought to highlight the increasing rates of obesity in children along with fellow athlete, Iwan Thomas. He has also competed on BBC’s prized Strictly Come Dancing, made regular appearances on Tomorrows World, Grandstand and reached the final of Celebrity MasterChef. An incredibly motivating, charming and positive public figure, Roger Black is the perfect addition to events in search of an inspirational speaker who can leave lasting impressions on a variety of corporate and sporting audiences. His highly popular personality and experience within the TV industry, also allows him to become an incredibly clear and reliable event host or conference facilitator with some of the most insightful career anecdotes.