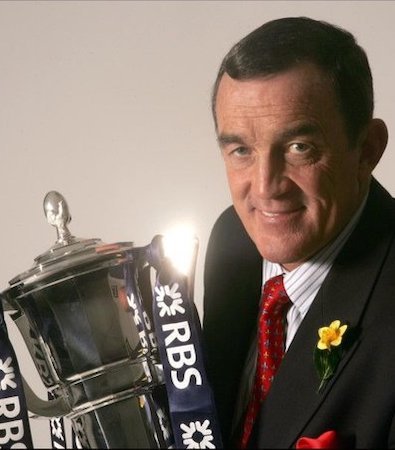 Phil Bennett is a retired Welsh rugby union player who is recognised as one of Wales’ greatest players of all time. Now a popular rugby speaker due to his extensive knowledge and wonderful personality, Bennett provides compelling speeches and is an exceptional addition to a range of events and occasions. With one rugby author once quoting that: “Phil was a rugby player whose talent defies definition”, it is easy to see why this legendary Welshmen is held in high regard across the world.

A natural fly-half, Bennett was always on the scoresheet for both club and country, he scored an astonishing 166 points in just 29 games for Wales. Starting his domestic career out at Felinfoel RFC, Bennett was soon a fans favourite. He plied his trade at three separate clubs for the duration of his career, the aforementioned Felinfoel and then for Llanelli RFC and Barbarian F.C. He made his international debut for Wales against France in 1969 when he became the first Welsh substitute in international rugby history.

Bennett was a part of the British and Irish Lions record-breaking squad in 1974. The squad defeated South Africa 3-0 in what was a whitewash series, Bennett scored the most points in the series and was a standout performer throughout. After a hugely successful domestic and international career, Bennett retired from rugby in 1978, he was later inducted into the International Rugby Hall of Fame. Bennett was all inducted to The Welsh Sports Hall of Fame in 2007.

A popular star within his sport, his strong, powerful personality and attitude has contributed to his successes both on the field as a rugby player, and off the field as an eloquent after dinner speaker and rugby speaker. Proving popular at a whole host of events and occasions, Phil Bennett is a sought after rugby speaker, elaborating on a truly spectacular professional rugby career. As a rugby speaker, Bennett often delves into topics such as the importance of teamwork and peak performance.