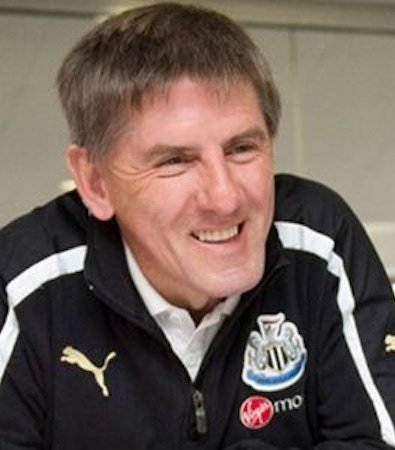 A leading English footballer with a career spanning twenty years, Peter Beardsley played for a number of top football clubs. He also branched out into managerial roles, proving testament to his knowledge and reputation as a leading figure of the sport. A terrific football speaker, Beardsley’s multiple decades in football has allowed him to gain tremendous repute as a highly engaging speaker on the after dinner speaker circuit.

Beginning his career at Carlisle United in 1978, Peter helped the side to promotion from the Scottish Second Division, scoring 22 goals in 104 league games during his time at the club. After a short spell at the Vancouver Whitecaps and Manchester United in 1982, Beardsley was signed by Newcastle United for £150,000. The pace, incisiveness and skill Beardsley brought to Newcastle’s game made him an instant hit with Newcastle supporters.

After four seasons at Newcastle, Beardsley moved to Merseyside with a record of £1.9 million transfer fee agreed by Liverpool manager Kenny Dalglish.  Joining the side at the same time as John Barnes, Peter tore Arsenal up on his debut, winning the match 2-1 and showing the side’s intent for the rest of the season. Beardsley enjoyed a longstanding career with the club, featuring as a reliable goal scorer for the club, winning many titles and trophies along the way. Peter accumulated a total of 175 appearances for Liverpool, scoring 59 times during the period, however, Beardsley is remembered for his guile and vision on the pitch, making him a favourite with the side’s faithful fans.

In a career spanning 799 games and 238 goals in all competitions, including 59 games for England, Peter’s record is considerable in light of the fact that he was seen to be more of a playmaker than an outright goal scorer. A wonderful football speaker, Peter describes his time at the top in a mixture of anecdotal tales and invaluable advice for any aspiring footballers. Engaging and intriguing, Peter has the ability to talk to both social and business environments alike on a number of subjects thanks to the flexibility of his content.