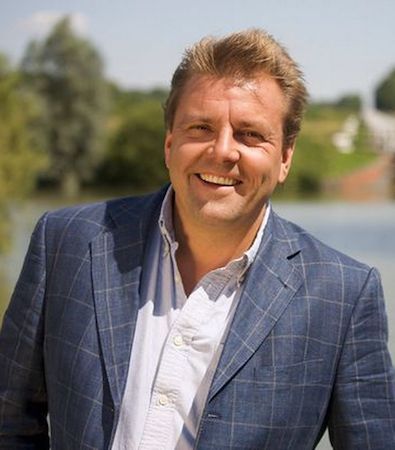 A highly respected property, lifestyle and travel television presenter and journalist within the UK. Over the past 30 years, Martin Roberts has appeared across CNN, BBC TV, Radio, ITV and satellite television worldwide. Additionally he has been travel editor of ‘Woman’ magazine for 15 years and a regular presenter on Wish You Were Here, ITV’s top rated travel show. For the past 17 years he has written and presented BBC hit property auction show Homes under the Hammer. Now on its 25th series this show has seen great success and is shown on BBC1, Satellite and internet Channels Worldwide.

His expertise as a UK and Overseas Property expert are highly looked upon which has seen him appear as an expert guest on Sky News, BBC Breakfast, BBC News 24, The Jeremy Vine Show and BBC Radio 2, 4 and 5 Live. He also fronts a weekly property show on talkRADIO which ran for over 60 episodes.

Martin’s voice and knowledge can be recognised from the 12-2pm Jeremy Vine slot where he stands ins as guest presenter on Radio 2. This role sees him present a DIY special on several Bank Holiday Mondays while chatting to guest celebrities and answering listeners questions live. Martin has appeared across all nature of television as a celebrity guest, from Hole in the Wall, Through The Keyhole, The Chase, Eggheads, Antiques RoadShow and Celebrity Mastermind to Pointless, Masterchef, Impossible, Ready Steady Cook, Money for Nothing and Kirsty’s Craft Challenge.

In 2016 Martin entertained over 12 million viewers as he took part in I’m A Celebrity… Get Me Out Of Here!. Showcasing his fun, engaging and spirited character which made him hugely popular with the viewing public. As a result he finished in sixth place, surviving all but two days in camp.  Martin is also the proud author of the best selling book Making Money from Property and recent book The Property Auction Guide. He has also wrote books for children including the series The Villes which includes a dedicated version called Sadsville in support of the NSPCC and Childline.

Martin makes for an excellent event host and has worked alongside numerous organisations. From the National Landlords Association conference and Lincolnshire Chamber of Commerce awards, to the Staffordshire Women’s Institute and the Institute of Travel and Tourism AGMs. For the last two years Martin has also acted as event host and compare for Strictly Fun Dancing in aid of Weston Hospice Care. He has also appeared as a guest speaker at various conferences and corporate events and makes for a great charity auctioneer, expert interviewee, after dinner speaker and expert lecturer.