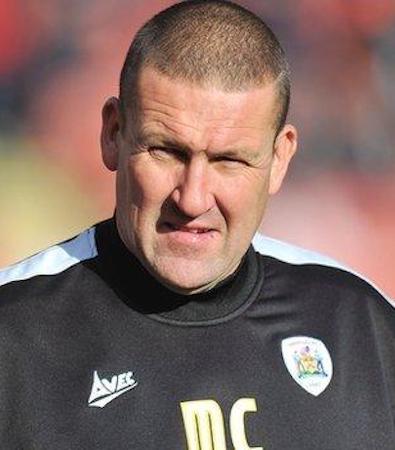 Mark Crossley is an English-born Wales international football goalkeeper, who can boast that he is the only goalkeeper to stop a Matthew Le Tissier penalty kick.!
He started his football career in 1987 as a trainee with Nottingham Forest FC. and also had a loan spell at Manchester United during the 1989-90 season but was never selected for the first team, although he played several games for the reserves.

Mark Crossley was a big favourite with the Nottingham Forest fans, despite being prone to occasional blunder, and he went on to make just under 400 appearances in thirteen years with the club, becoming first-choice ‘keeper at the start of the 1990-91 season.

He was granted a testimonial match during the 1999-2000 season by Nottingham Forest, which was played in front of 15,000 supporters. He was finally released from Forest, against his will, in 2000 as the club’s financial troubles required them to reduce the wage bill.

Mark also joined the coaching staff in 2009 at Chesterfield and then moved to Notts County in 2016 to take up a role as assistant manager.

However, he still finds the time to entertain audiences with his after dinner speaking