Introduction
One of the legends of the green baize, John Parrott is a former UK, European and World champion. For the past decade John has been one of the main faces for the BBC snooker team both as a pundit and presenter.
Performances
1 x 45 minute lecture
1 x 45 minute Q&A / Interview
Audience
UK
Location
United Kingdom
Home Airport
Manchester, UK 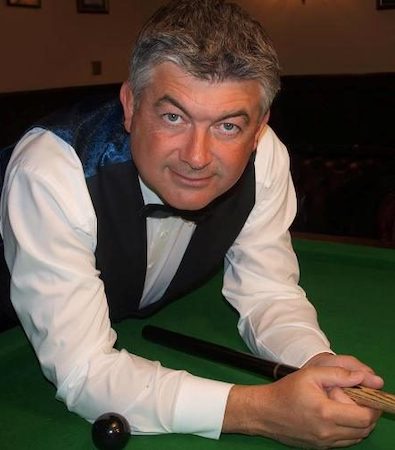 Former World Snooker Champion and television personality, John Parrott is a charismatic snooker speaker for events and private functions. Defeating Jimmy White in the World Championship Final of 1991, John also won the UK Championship in the same year, becoming only one of only handful of players to ever do so. John compiled 221 competitive centuries in his career, proving to be one of the most consistent and skilful players of his era. A highly desirable sports speaker, John combines humour and articulate delivery of advice and tips to ensure compelled guests and an entertaining speech for all.

Turning professional in 1983, Parrott made his first televised debut playing Alex Higgins in the 1984 Classic, causing a stir by winning the match 5-2 and going on to reach the semi-finals before being beaten by Steve Davis. After this performance, John became a favourite to win the World Championship within five years. John enjoyed fourteen consecutive seasons within the top sixteen ranked players of the sport, with eleven of them within the top six. As an after dinner speaker, John delivers talks on the finer points competing in Snooker, as well as some anecdotal tales of his era that the cameras may not have caught.

In all, John won nine world ranking events, making him seventh on the all time list of players. Parrott retired from Snooker in 2010 after not securing an automatic place on the tour for next year. However John has enjoyed a highly successful career as a TV Presenter for many years, coinciding with his playing schedule and other commitments. Perhaps best known for his role as team captain on A Question of Sport, John has also led broadcasting coverage of the BBC’s snooker and horse racing, providing commentary and expert analytical content on radio and television platforms.

A pre-eminent snooker speaker, John Parrott engages wonderfully with audiences during question and answer sessions and after dinner speeches. Ideally suited for business environments, John can tailor his content to client’s briefs to ensure the utmost relevancy and compelling nature to proceedings.