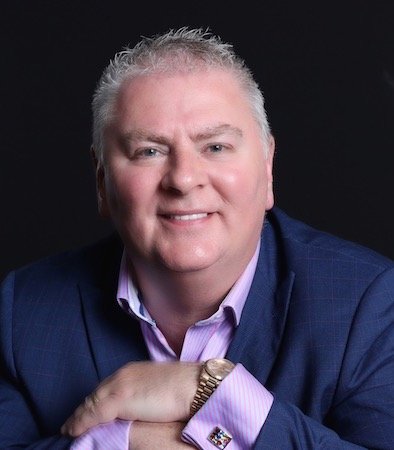 A John Martin show is full of energy, excitement and class! John is always fresh and up-to-date with his material. This originality coupled with his encyclopaedic knowledge of jokes makes him a true master of comedy!

A journalist once described John as a ‘human joke factory’ when he smashed the World Record for continuous joke telling, which lasted an amazing 101 hours 39 minutes – an incredible feat!

John is a terrific writer of comedy having written jokes for many years for such British greats as the late Bob Monkhouse and Sir Ken Dodd.

John also has an extraordinary gift of ad-lib and he enjoys utilising this talent to the full, often receiving standing ovations for his razor-sharp wit. His ability to do this, with rapier-like speed, has earned John the title ‘The World’s First Interactive Comedian’.

John is a favourite amongst the majority of cruise companies having been asked to perform on the maiden voyages of many cruise ships.

Lectures
Away from comedy, John is a keen military historian. He has written two books ‘The Mirror Caught The Sun’, the true story of Operation Anthropoid 1942 and his latest book ‘Ambushed’ about six bloody events in history.  In addition to John’s comedy performances, he enjoys offering different history lectures based on his books. Details available on request