Introduction
He made is debut for Leeds in 1979 and went on to play over 160 times before George Graham lured him to Arsenal. John went onto to make 277 team appearances for the Gunners and will go down in Arsenal folklore after being part of the side that won the title at Anfield in the final game of the 1988/89 season.
Performances
1 x 45 minute lecture
1 x 45 minute Q&A / Interview
Audience
UK
Location
United Kingdom
Home Airport
TBC, UK 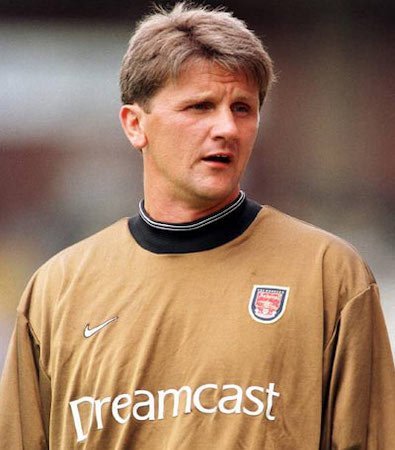 John Lukic is a true Goalkeeping Legend, who played in 2 spells at both Leeds United and Arsenal, in a career spanning more than 4 decades, and over 650 appearances.

He represented England at England youth, U21′s and B Level. John retired in 2001 at the age of 40, and still remains the oldest ever player to have played for Arsenal in the Premier League.

One of only a handful of players to play in the top flight of English football in four different decades.
Only post war Goalkeeper to win League Championship medals with two different clubs.
Over 650 career appearances.
Winner of 1 Charity Shield and 1 League Cup.
Member of the Arsenal double winning squad of 1998
Retired 2001 at age of 40.
Oldest player to play in the Premier League for Arsenal.