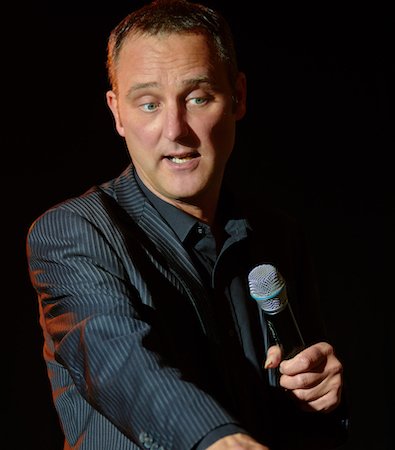 From an early age, John was destined to spend his life doing one thing, and one thing only…. making people laugh!

His professional career began in the early 90’s and much of this success has been attributed to one thing, his unique ability to subtly bridge the gap between mainstream and alternative humour, a feat few other comics can achieve. From a cheeky ‘family friendly’ show to a more risqué set for his ‘adult only’ nights, John effortlessly adjusts to any environment.