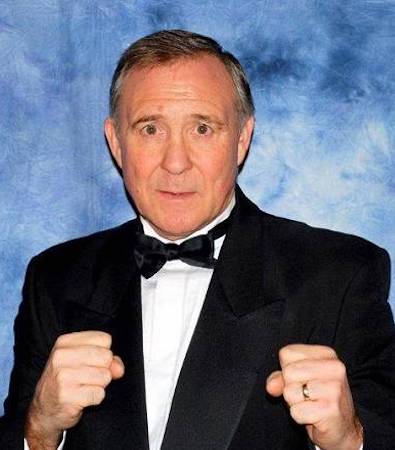 John H Stracey is a British Boxer who became a World Champion, winning the British, European and World Welterweight Championships in a career spanning 17 years.

John won no less than five national championships by the age of 18, and by the time he turned professional, he had accomplished an unbeaten run of 28 fights in three years. The highlight of his career was when he became the undisputed Welterweight Champion of the World in Mexico City in 1975.

John retired as a professional boxer on 23 May 1978, when he knocked out George Warusfel in nine rounds. In total, his career record totalled 45 wins, 5 losses and 1 draw, with 37 knockouts. John was inducted into the WBC Hall of Fame in 2005.

After hanging up his gloves, John continued his association with boxing, most notably by playing a major part in the success of the gangster film The Krays. In the award-winning movie, John acted as boxing trainer to Gary and Martin Kemp and choreographed all the boxing scenes, which were acclaimed as the most authentic ever used in a British film.

These days, John often undertakes tour across the UK with fellow world boxing champions, in speech and signing sessions. In addition, he also knocks ’em out with his stentorian tones as a popular professional singer. John has always enjoyed a high social profile and is at ease with the public thanks to his outgoing personality and his time as owner of the former Ringside Hotel And Bar in Bournemouth, where mixing and mingling with guests was a prerequisite.

In his After-dinner speeches, John tells about his upbringing in London’s East End, as well as his many exploits in the ring. It’s been a colourful life of hard knocks and amusing anecdotes, all of which make him a natural speaker who instantly captivates audiences. Not only that, but John can combine his After-dinner speaking with his talents as a cabaret singer! Seconds out, round one (and all the others) to John, we say!