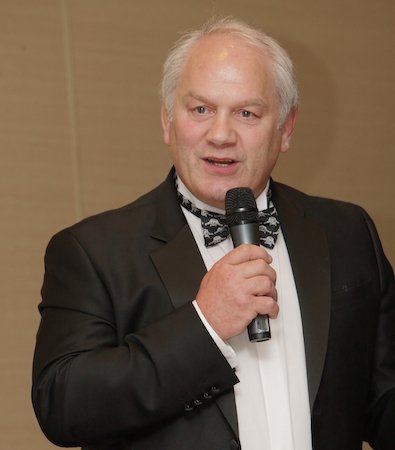 Former international rugby player, Jeff Probyn has enjoyed a highly successful career spanning every aspect of the sport. From professional play to coaching, punditry to committees, Probyn’s influence on rugby has been evident for over three decades. As an after dinner speaker, Jeff Probyn offers a unique insight into the elite levels of the rugby league and shares comical anecdotes from the pitch. Making his international debut in 1988, Probyn represented his country on a total of thirty seven occasions over a five year period, and continually proved his talents as a prop. Selected for the 1991 World Cup and five consecutive Five Nations tournaments, Probyn had made an instant impression on the international game.

He also had a successful club career and was part of the Wasps side that won the English Courage League in 1990, one of his highlights from the pitch. As a player Probyn was known for his power and accuracy in the scrum, and he gained a reputation as a formidable player, despite his relatively short time playing professionally. After retiring Jeff Probyn transitioned into coaching, utilising his impressive leadership abilities and evident experience. Responsible for the development and success of the England Under 21 team, Probyn instilled the same qualities, like hard work and perseverance, into the young players that had been so important to his career.

As a coach, Probyn managed the England team tour of Australia, and many other pivotal matches in his four years in the position. Most recently, Probyn has been called on as an authority in the sport and is regularly seen and heard providing live commentary as a pundit, particularly on talkSPORT. Additionally, is a columnist for The Rugby Paper and offers guest publications for leading British newspapers. One of Jeff Probyn’s key roles in the industry is as a member of Club England, on the Rugby Football Union Committee where he helped to govern the sport and overhaul teams to maximise success. One of rugby’s most respected and renowned figures, Jeff Probyn is in high demand as an after dinner speaker due to his formidable career on and off the pitch. An experienced speaker, Probyn grabs the attention of a room and guarantees an entertaining talk, enjoyable for all in attendance.