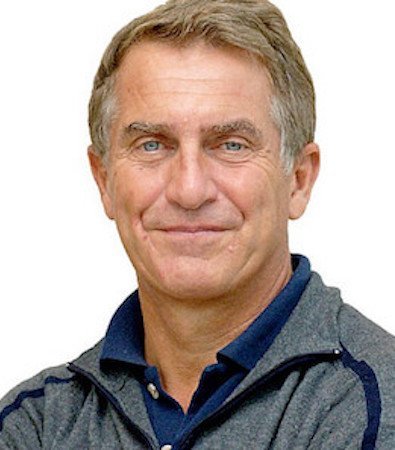 In 2022 the BBC will be 100 years old, and Garry Richardson has worked for the BBC for almost half a century. During that time he has interviewed and worked alongside some of the world’s most famous people.

Garry’s long list of interview’s include President Nelson Mandela, Muhammad Ali, Hollywood stars Ben Stiller and Will Smith along with a galaxy of legends from the world of entertainment and sport. With such an impressive cast list to call on he has a fund of hilarious anecdotes from his life in broadcasting.

Garry can be heard most morning on BBC Radio 4’s prestigious “Today” programme, Britain’s most influential breakfast programme.  He’s been appearing on the programme now for 40 years and is the longest serving member of the team. Most mornings he will be  rubbing shoulders with the countries decision makers at the BBC studios.

It’s the range of stories that has made Garry an incredibly popular speaker around the world for over 30 years. His impromptu BBC TV interview with President Bill Clinton after a meeting with White House secret service agents is a hilarious story.

In another presidential interview Garry spoke to Nelson Mandela who gave him a friendly punch during the course of their chat.

Garry takes you behind the scenes as he filmed with BBC TV at Buckingham Palace which ended with an amusing episode on the “royal staircase”.

Nostalgia plays a big part in Garry’s talks. He worked as a reporter on the “Royal wedding” of Prince Charles and Lady Diana Spencer. The programme was presented by veteran Hollywood actor Richard Burton and Garry has a wonderful anecdote about his time working alongside Burton. There was also  the occasion  Arthur Lowe, Captain Mainwaring  gave Garry a “ good telling off”  before the recording of an episode of Dads Army with hilarious consequences.

There is a lovely musical element to Garry’s presentation as he tells the story of how he made a documentary on “Big band” music and   interviewed and sang a song with America’s Buddy Grecco one of Frank Sinatra’s closest friends. The recording of Garry singing with Greco is a delight.

Garry has worked with and interviewed some of Britain’s best loved stars like Sir David Jason, Sir Michael Parkinson. He made a documentary about the life of Sir Ken Dodd.

Garry’s talks are punctuated with recordings and photos from his life in broadcasting. His lectures include films from America, Russia, Australia and China.

At times it is an edge of the seat presentation as he tells the story of how he once climbed a 653 feet chimney stack. He was broadcasting live and made the climb without a safety harness. His talk includes the archive recording of his ascent and the photos from what was a remarkable broadcast.

Garry Richardson has spent a life in broadcasting. His career began in 1974 when he joined the BBC as a “tea boy” and office junior. He takes his audience on a journey from those humble beginnings to broadcasting with the world’s biggest stars.