Introduction
Duncan McKenzie will always be remembered as an entertainer both on an off the pitch. His career in soccer began at Nottingham Forest and when Brian Clough became Leeds United Manager for the famous 44 days, he signed McKenzie for the Elland Road Club.
Performances
1 x 45 minute lecture
1 x 45 minute Q&A / Interview
Audience
UK
Location
United Kingdom
Home Airport
Manchester, UK 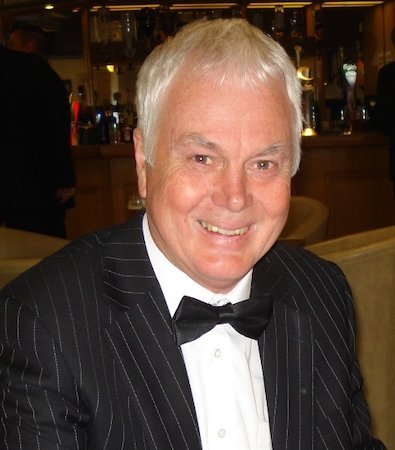 Ex-Professional footballer Duncan McKenzie enjoyed fruitful stints across England, Belgium, America and Hong Kong as a hard-working goal scorer. Now retired and working within the after dinner circuit as a football speaker, McKenzie was involved in a 14-year career which concluded in 1983 after 390 appearances and over 130 goals for ten different clubs- most recognisably Nottingham Forest during the Brian Clough days eventually following him to Leeds United. An articulate after dinner speaker and event attendee, McKenzie is as popular as ever.

Striking fear into defenders thanks to his supreme talents, his ferocious speed and prolific goal-scoring capabilities, McKenzie tasted International football plying his trade for Belgium team Anderlecht, Tulsa Roughnecks of American and finishing his playing days with Ryoden FC in Hong Kong. An experienced sports speaker with the background to match, Duncan McKenzie’s career has ensured his legacy as a football speaker is an exceptional one.

Now working as an after dinner speaker along with roles within BBC Radio Five’s 6-0-6 program and dabbling as a newspaper columnist, McKenzie is delivering as an after dinner speaker profiling his story and career across football. His talents as a football speaker are clear to see and hear, with McKenzie thriving throughout his appearances; a popular after dinner guest and event speaker, undoubtedly McKenzies’ experiences as a sports speaker will add a new dimension to any event or occasion.