Introduction
He was a naggingly accurate right-arm fast-medium bowler for Middlesex and England who claimed 177 wickets in 45 Tests. In 42 One Day Internationals he took 47 wickets, and was an often-belligerent tail-end batsman who had a career haul of 2934 runs.
Performances
1 x 45 minute lecture
1 x 45 minute Q&A / Interview
Audience
UK
Location
United Kingdom
Home Airport
TBC, UK 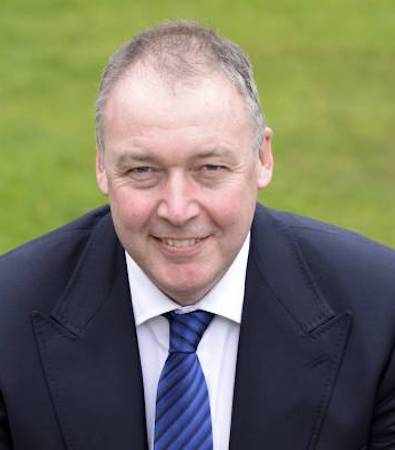 Known throughout the cricket world as ‘Gus’, and arguably the most controlled and consistent England bowler of the 1990’s, Angus Fraser is a former England player and Middlesex CCC Captain. As right-hand bat, right-arm fast-medium bowler, he played in 46 Test matches and 42 One Day Internationals for England.

His finest professional career moment is often regarded as being the Barbados Test match of the 1993/94 West Indies tour, when he took 8-75 in the first innings to help set up a famous victory, West Indies first defeat at Bridgetown for over half a century. Another outstanding moment with the bat was in a last-wicket second-innings stand with Robert Croft to save the Third Test at Old Trafford against South Africa in 1998.

Although born in Lancashire, Angus Fraser played all of his county cricket matches for Middlesex in a first-class career spanning 18 years, from 1984 – 2002. He also served as County Captain from 2001 until his retirement in 2002.

Following retirement from professional cricket, Angus worked as the cricket correspondent of The Independent newspaper (2002-2009), until his appointment to the newly created role of Managing Director of Cricket by Middlesex County Cricket Club in January 2009.

Angus is a regular contributor to the BBC’s Test Match Special and a cricket pundit for Sky Sports.